Published in 2008 on the occasion of the exhibition “Egypt -Path to Civilization-” at Tomio Koyama Gallery. 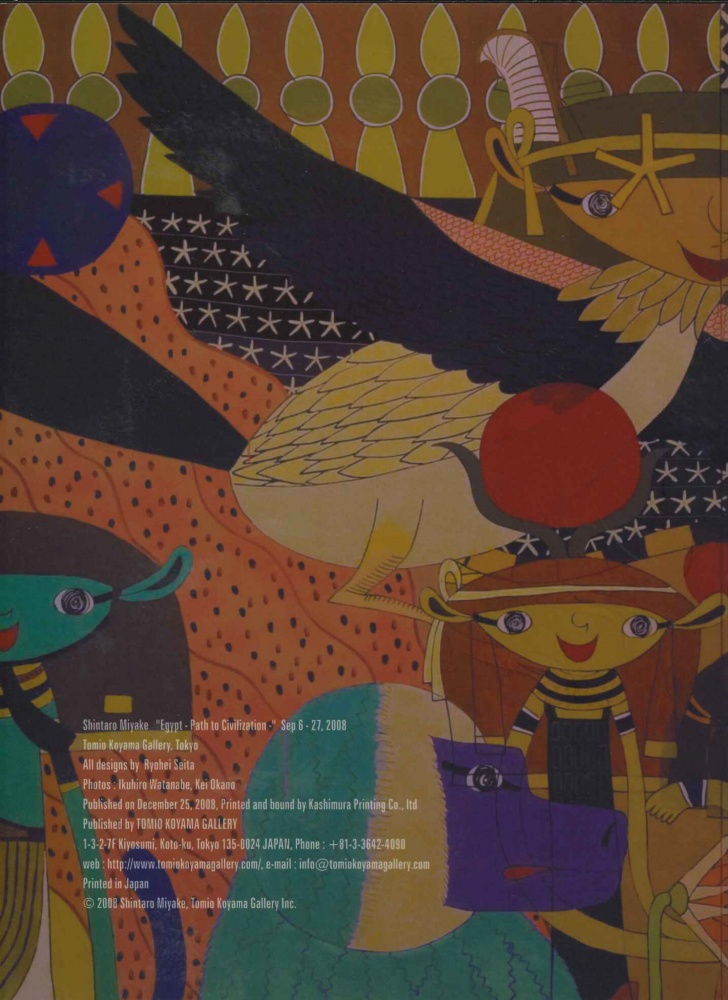 Shintaro Miyake makes free use of various means to create his unique artistic world, such as the picture-scroll-like drawings in which characters enact a variety of scenes, and his ‘live drawing’ performances wearing originally-designed character costumes which seem to have jumped straight out from his work. The freely soaring wit of his artistic world has attracted an international audience.