This is the catalogue of Richard Tuttle’s exhibition at Tomio Koyama Gallery, Kyoto in 2013.
Art critic, Midori Matsui has contributed her essay titled “Simple Act, Perfect World: Discovery of a Specific Body and Flexible Philosophy in Richard Tuttle’s Place” to this catalogue. 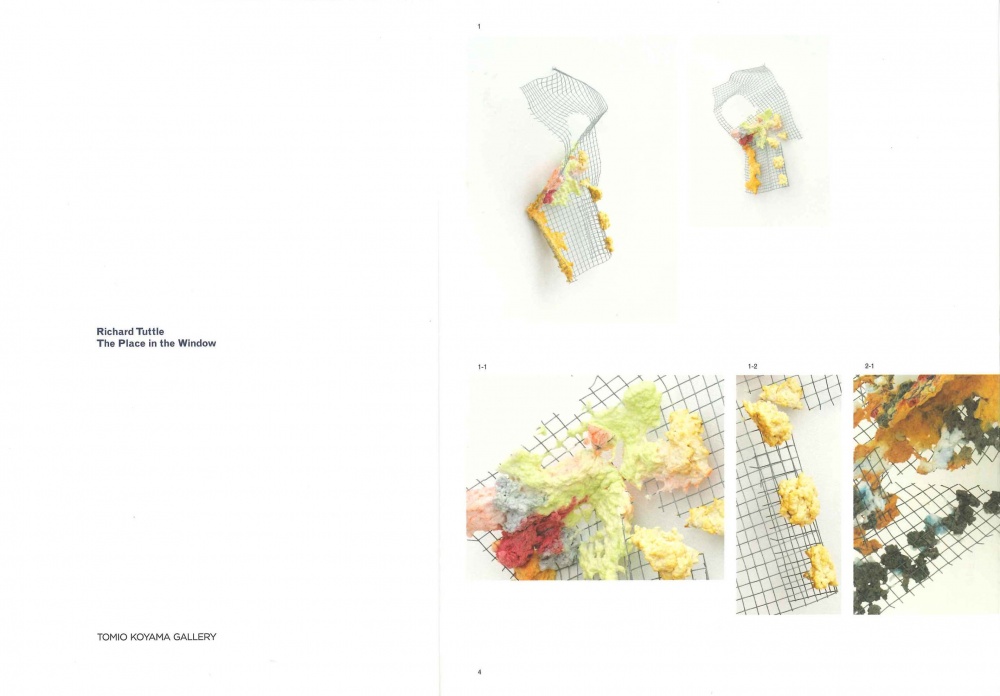 Richard Tuttle was born in Rahway, New Jersey, USA, in 1941. He currently lives and works in New York City, and New Mexico. In 1963 he completed his BA in philosophy and literature at Trinity College, Hartford, USA. He held his first solo exhibition at Betty Parsons Gallery, New York, in 1965 when he was 24 years old, and an exhibition at the Whitney Museum of American Art in 1975 when he was 34 years old. Such exhibitions attracted significant attention, and had given rise to various topics of public discussion. Tuttle has further participated in international exhibitions such as La Biennale di Venezia (1976, 1997, 2001), Documenta (1972, 1977, 1987), “Skulptur Projekte in Münster” (1987), and the Whitney Biennial (1977, 1987, 2000). Richard Tuttle is thus not only a leading figure in post minimalism, but can also be described as an artist who has constantly stimulated the art scene while transcending conventions of categorization, historical contexts, and genres.

His recent exhibitions include The Art of Richard Tuttle, a large-scale retrospective that was held at the San Francisco Museum of Modern Art and the Whitney Museum of American Art, and then traveled across various venues within the USA from 2005 to 2007. In 2014, Tuttle held a major exhibition I Don’t Know, Or The Weave of Textile Language at the Tate Modern and Whitechapel Gallery, garnering much interest for his monumental winged sculpture with textiles that was installed in the Turbine Hall. Tuttle’s works are housed in the collections of numerous museums throughout the world including the Museum of Modern Art, New York and the Metropolitan Museum among other prestigious museums in the USA, as well as the Tate Modern, Centre Pompidou, and Museum Ludwig. In Japan, his work is a part of the collection of the National Museum of Art, Osaka.