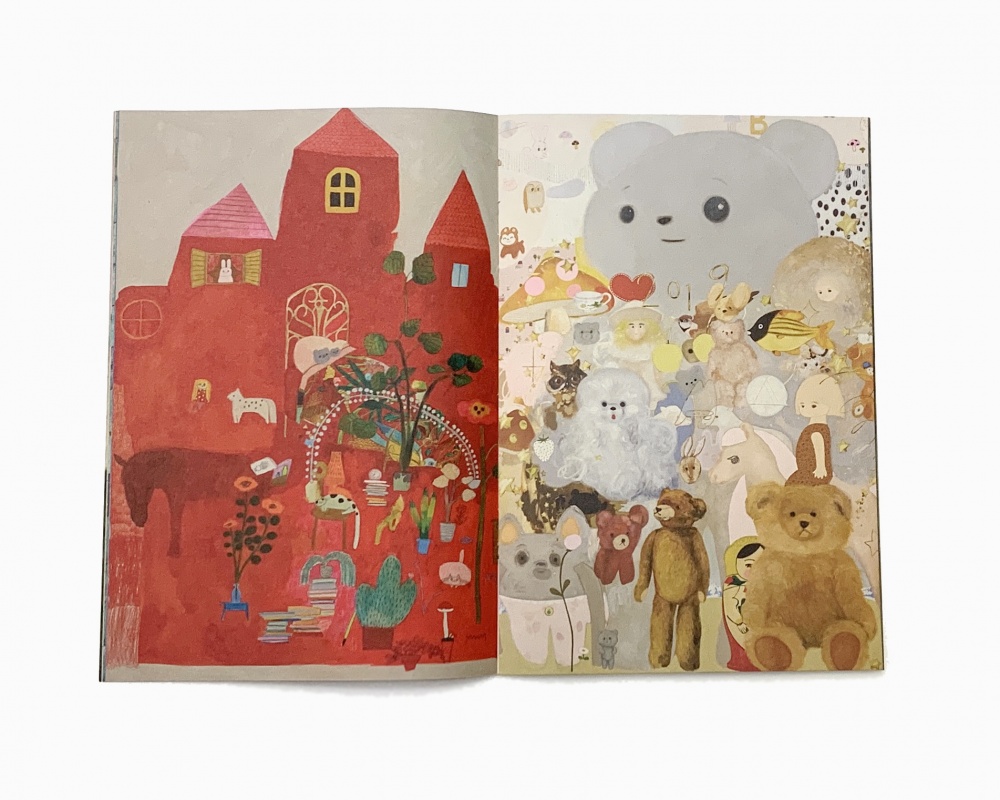 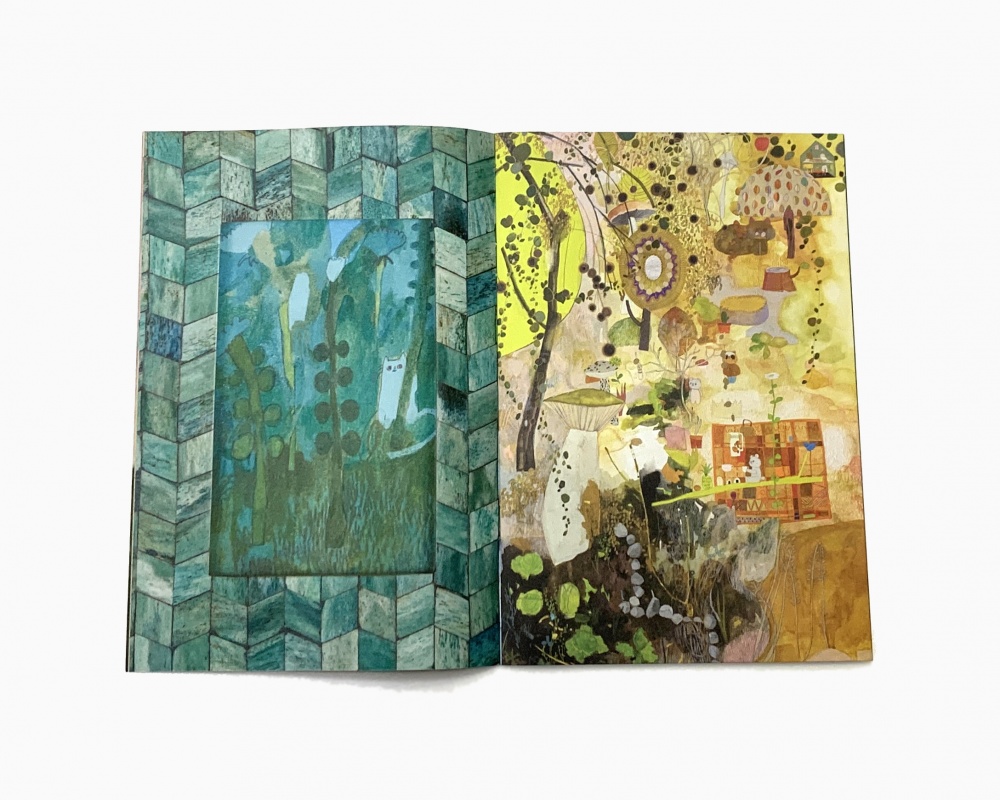 In Tomoko Nagai’s artworks, various animals, children, colorful trees and mushrooms are depicted in a theatrical arrangement against the backdrop of forests and domestic rooms. Loaded with a multitude of motifs, each of Nagai’s paintings embraces a unique sense of spatiality, wherein a dynamism that encapsulates the worlds of fictional narratives intricately overlaps with layers of images. The colorful matière and brushstrokes form a fantastical rhythm as the artist exercises an expression akin to composing a musical piece. The viewer perceives this melody while standing face-to-face with each painting. This evokes a sense of being inside the painting, as the viewer’s own memories and experiences – nostalgic sensations, recollections and dreams from childhood – connect with the worldview represented in each artwork.

Tomoko Nagai was born in Aichi Prefecture in 1982. She graduated from Aichi Prefectural University of Fine Arts and Music in 2006, majoring in Oil Painting. Nagai currently lives and works in Tokyo. Nagai held a solo exhibition at Project N, Tokyo Opera City in 2008, followed by a number of solo presentations in Kyoto, Kagoshima, Hong Kong and Singapore. She exhibited at “VOCA 2010” (the Ueno Royal Museum, Tokyo, 2010) and “Future Pass – From Asia to the World”, part of the 54th Venice Biennale (Palazzo Mangilli-Valmarana, Venice, 2011), and has participated in international group exhibitions in Seoul (Gana Art Center, 2011), Grenoble (Le Magasin – Centre National d’Art Contemporain) and Berlin (me Collectors Room Berlin, 2010). She has also taken a part in a project funded by the Singapore Red Cross, in which she painted an entire swimming pool at Toyama nursery school, located in the tsunami-stricken area of Shichigahama town, Miyagi (designed by Takahashi Ippei Office, completed in 2013). Nagai has engaged with broad audiences outside of museums and art galleries, providing title designs and artworks for television programmes on NHK Educational, as well as creating book covers for a range of publications. In 2017, she published her first monograph “Thousands of Finches”. Nagai’s artworks have been included in public collections both in Japan and internationally, notably the Takahashi Collection (Japan), the Olbricht Collection (Germany), the Zabludowicz Collection (UK) and The JAPIGOZZI Collection (US / Switzerland).