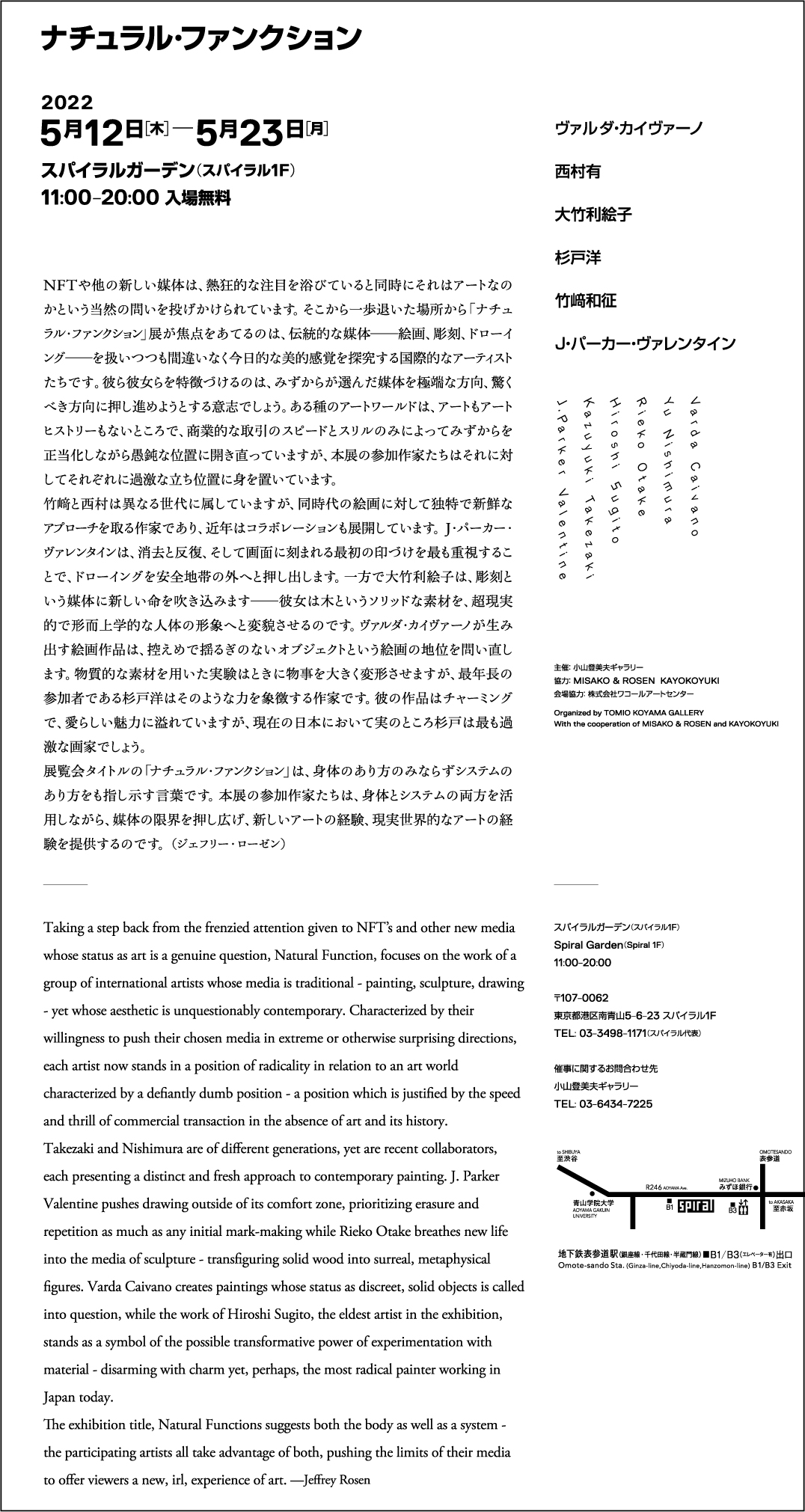 Rieko Otake’s woodcarvings express such motifs as young girls, birds and deer and even while her work looks somewhat delicate and unstable at times, one senses a unique strength in its universal presence replete with grace. Otake consistently uses the wood of camphor, cypress, and katsura trees, working within a method of adding finishing touches to a foundation of non-colored wood. Approaching closer the works, one becomes aware of an unexpected vigor to the chisel marks. She is affected by the importance of the rhythm of the repeated carving motions: a sincere process of exchange as if the tree and one’s breathing might become joined together, so that the artwork appears as story replete with lyricism.

Rieko Otake was born in 1978 in Kanagawa Prefecture. In 2004 she graduated from Tokyo University of the Arts’ Graduate School of Fine Arts, majoring in sculpture, and completed her PhD in 2007. Her works have been collected in the Takahashi and JAPIGOZZI Collections. As well as exhibiting in the show “As Long As Rainbow Lasts” (Soka Art Center, Taipei, 2011), she has also held four solo exhibitions at Tomio Koyama Gallery.

Hiroshi Sugito was born in 1970 in Aichi prefecture, Japan. He graduated from the Department of Japanese Painting, Faculty of Arts, Aichi Prefectural College of Arts in 1992. He is currently Associate Professor of the Department of Painting, Faculty of Fine Arts, Tokyo University of the Arts. He has exhibited extensively both in Japan and internationally since the 1990s.