Over a period of five days this August, Tomio Koyama Gallery is pleased to present a special exhibition featuring photographs and documentary footage of “Hangman Takuzo” filmed by Ryuji Miyamoto at The Niwa Gekijo Theater, and a screening of “Hangman Takuzo” (2010, 46 min) filmed by Yasuko Yokoshi.

Hangman Takuzo is said to have held performances about twice every month in his own backyard, which he referred to as “The Niwa Gekijo Theater.” I am embarrassed to say that I was unaware of his work until I had the chance to see Ryuji Miyamoto’s exhibition that was held in March to commemorate the release of the publication Hangman Takuzo. Needless to say, I have never seen the performances in The Niwa Gekijo Theater. Surprised to know of his practice, and discovering that he was the same person featured in Mitsutoshi Hanaga’s photograph “Tsuttatte iru Keiren” that I had left a lasting impression on me, I decided to organize this exhibition in hopes to introduce both his means of existence and expression.

Ryuji Miyamoto writes as follows in a text featured in the publication:

Kubikukuri Takuzo disliked mystical thinking about his performance. He would say, “Every day, I hang myself in the backyard.” He said it in such a way that one might think he was doing something utterly commonplace. In his own words: It should be possible to transform death into an artwork without broaching on death, or transform life into an artwork without broaching on death.”
(Ryuji Miyamoto, Hangman Takuzo, published by BankART1929)

I hope viewers will take this rare opportunity to experience the remarkable means of expression that this individual, whose practices have links to contemporary artists such as Yutaka Matsuzawa, Jiro Takamatsu, and Sho Kazakura, had selected as his ultimate lifework.
(Tomio Koyama)

“Hangman Takuzo” was shot at an old house on the Osaki Island in April, 2010. I am both the director and the camera-person. Back then, I was based in New York City and had temporarily returned to Hiroshima to make the film. Kubikukuri Takuzou (English translation: “Hangman Takuzo”), which became the title of the film, is the legendary Japanese performance artist who hangs himself everyday from a tree in his garden. He has been practicing the art of suspension for more than 40 years. In addition to Takuzou, the film features Namiko Kawamura, a lifelong practitioner of meditative naked walking, and Takuzou’s partner Mika Kurosawa, widely known as the “godmother” of Japanese contemporary dance. After bringing these three idiosyncratic and extraordinary artists to the Osaki Island, I tried to capture the bare and powerful presence of these three for the dream as well as the romance of preserving the “eternal.” We all live in the opposite world, the ephemeral realm of live performance. Back in New York City, even though I was well connected to the art scene, no art house would present the film because of the moral contradiction of “hanging.” In 2014, I relocated my base from NYC to Kyoto and created my first dance production titled “ZERO ONE.” I juxtaposed some images of “Hangman Takuzo” with dance in “ZERO ONE” which made it possible to introduce “Hangman Takuzo” to the public for the first time. In 2015, “ZERO ONE” toured to New York City. Later, the piece was featured in the New York Times’ “2015 TEN BEST DANCE” selected by the dance critics. Since then, “Hangman Takuzo” has been invited for presentation in a series of art festivals in and outside of Japan.
(Yasuko Yokoshi) 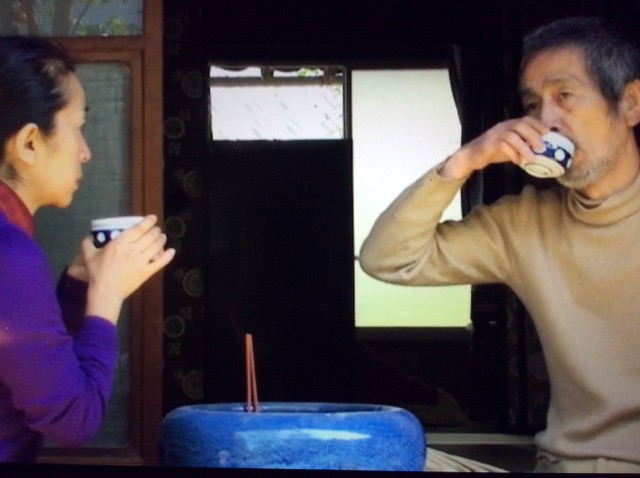 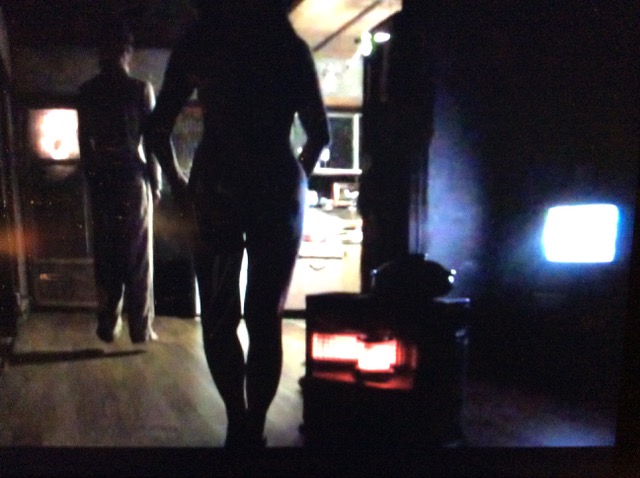 【Artist Profiles】
Kubikukuri Takuzo (Mamoru Furusawa, Taku Furusawa) was born on December 26 1947 in Annaka City, Gunma Prefecture. He began presenting performances and actions on the street and in galleries after moving to Tokyo at the age of 18. He received the tutorship of artists including Sho Kazakura, Yutaka Matsuzawa, and Jiro Takamatsu. He began his hanging performance from around 1970, continuing to hang himself every day in his own backyard which he called “The Niwa Gekijo Theater” for over 20 years since the age of 50. He has been featured in films such as, Hangman Takuzo (2010) directed by Yasuko Yokoshi; Kubi-kukuri Takuzou Houhou-Josetsu [2011, An Introduction to Takuzou the Hanging Man] directed by Takao Ogasawara; Kubi-kukuri Takuzou no Niwa [2016, Takuzou the Hanging Man’s Backyard] directed by Bunyou Kimura; and Hard Core (2018) directed by Nobuhiro Yamashita. His principal theater performances include those with Mika Kurosawa presented at the Kazuo Ohno Festival 2004, and with Tomoko Ando/ Theater Company in ARICA Butterfly Dream (2009,) directed by Yasuki Fujita. He passed away at the age of 70 on March 31 2018, from complications due to lung cancer.

Ryuji Miyamoto
Ryuji Miyamoto was born in Tokyo in 1947. After graduating from the Graphic Design Department at Tama Art University, and working as an architectural magazine editor, Miyamoto launched into the world of photography as a freelancer. He is the recipient of the 14th Kimura Ihei Memorial Photography Award (1989); the Golden Lion for the Best National Pavilion at the 6th International Architecture Exhibition at the Venice Biennale (1996); and the 55th Minister of Education, Culture, Sports, Science and Technology’s Art Encouragement Prize (2005). He has published numerous photo collections, notably Architectural Apocalypse (Heibonsha, 1988/2003); Kowloon Walled City (Atelier Peyotl, 1988 /Heibon-sha, 1997/ Sairyu-sha, 2017); Angkor (Trevilled, 1994); Kobe 1995 – After the Earthquake (Workshop for Architecture and Urbanism, 1995); Ryuji Miyamoto (Steidl, 1999); and Cardboard Houses (Bearlin, 2003). His exhibition “Invisible Land” was held in 2019 at the Tokyo Photographic Art Museum.

Yasuko Yokoshi
Yasuko Yokoshi is choreographer, producer, and filmmaker born in Hiroshima. After basing her practice in New York from 1996 to 2013, she moved to Kyoto where she now continues to work and reside. She received the New York Dance and Performance “Bessie” Awards in 2003 and 2006, and is the first resident commissioned artist of New York Live Arts (2011-2013). Yokoshi engages in a diverse range of creative activities, and in addition to stage works based on literature, history and pop culture, has organized programs such as “Yasuko Yokoshi x High School Dance Project,” also producing independent films. In 1990 she received the Ogai Mori Literary Award for her autobiographical book. Her stage works have been presented at the Whitney Museum of American Art, the Guggenheim Museum Works&Process, Massachusetts Museum of Contemporary Art, as well as in theaters and festivals internationally. She is the recipient of numerous grants and awards including the John Simon Guggenheim Fellowship, Foundation for Contemporary Arts Award, Creative Capital grant, MAP Fund grant, New York Foundation for the Arts Artist Fellowship. Her new work shuffleyamamba will be presented this October at the Izushi Eirakukan in a performance organized by the Kinosaki International Arts Center. 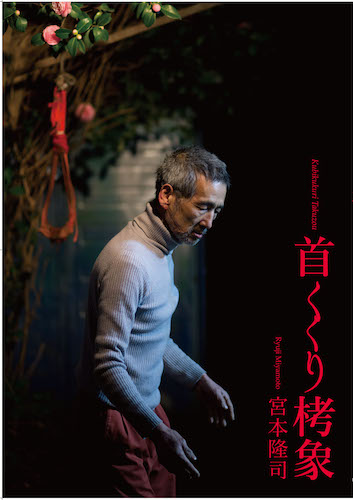