Toru Kuwakubo “A Calendar for Painters without Time Sense. 12/12” Calendar 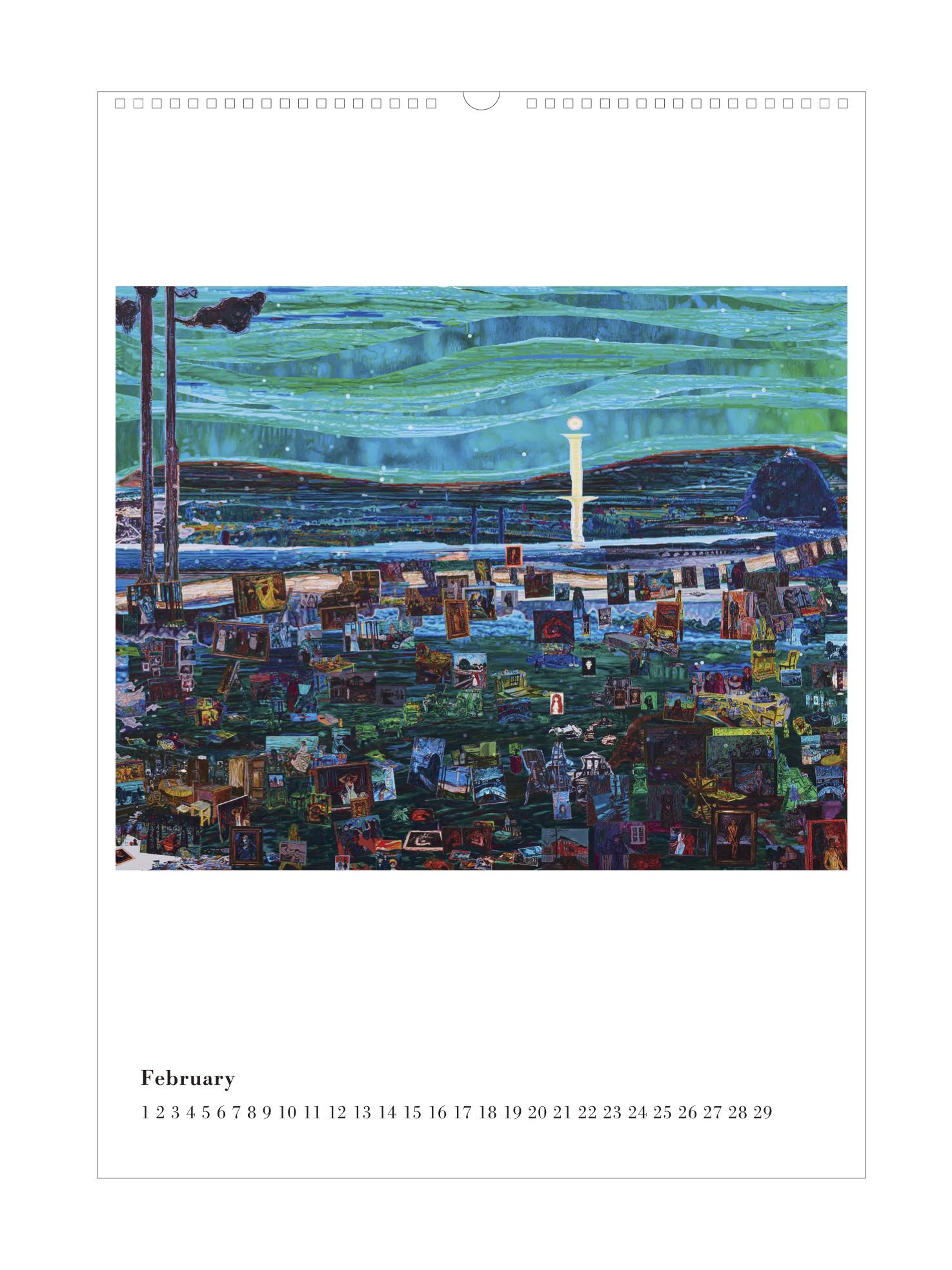 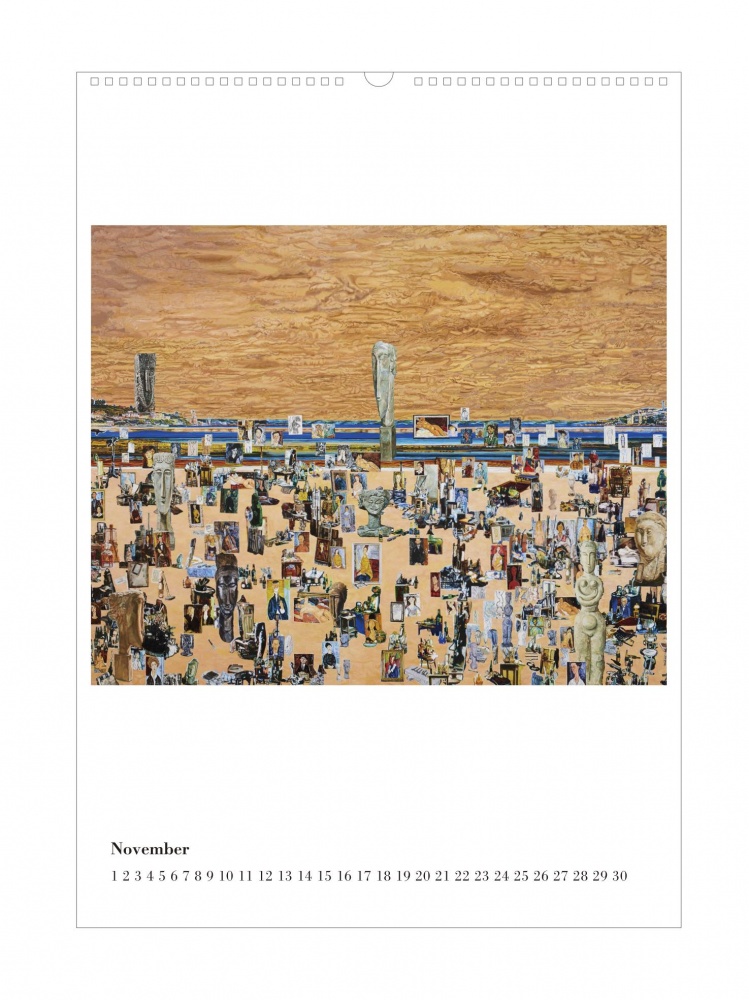 Toru Kuwakubo was born in Kanagawa, Japan in 1978. He graduated from the Department of Painting, Oil Painting Course at Tama Art University in 2002. He currently lives and works in Kanagawa.

Kuwakubo started his artistic practice with a theatrical approach, finding the figure of an imaginary painter within himself as a means to explore contemporary art through the medium of painting. His unique expressions created by a classical technique of layering thick oil paint to depict contemporary imagined sceneries reminiscent of the work of Van Gogh, have received acclaim both internationally and within Japan.

The “Calendar Series,” which he started producing in 2014, depicting the respective lives of great masters within art history upon a single canvas, was finally completed in 2020. In the “Calendar Series,” prominent painters selected by Kuwakubo, such as Munch, Van Gogh, and Modigliani, are each assigned a month in the calendar, and the works, studios, and lives of these artists are expressed as spectacular spaces of alternate dimension through manner of Kuwakubo’s own interpretation, serving as an ultimate homage that gives rise to a certain resonance that transcends both time and space.